US Healthcare Disparities by Socioeconomic Status

The United States is home to some of the absolute best health care in the world. But – and it’s a pretty big but – not all of its citizens have equal access to this care. Evidence suggests that Americans get only 55% of the care they need for major illnesses.

You can’t think of health disparities in terms of simple cause-and-effect. Having a lower income, or less education isn’t the only factor. These disparities are chain reactions. A lower income often means lower socio-economic status, which can mean living in a less-served area, which in turn, can cause a disparity.

So, what are the major health care disparities in the United States? What role does socio-economic status play in these disparities?

What are Health Care and Health Disparities?

A health disparity is a ‘higher burden of injury, illness, mortality or disability experienced by a particular group, relative to another’. That’s what a quick Google search tells us.

A health care disparity is related to the differences in health insurance coverage, as well as access to reliable, affordable, quality care.

Disparities don’t refer to differences which can be explained by patient preferences, treatment recommendations or differences in health needs. A disparity is caused by some type of disadvantage – whether that be economic, environmental or social. This is why they’re also sometimes referred to as health inequalities, or inequities.

A person’s socio-economic status, or SES, is defined by their occupation, income and education. Lower SES, such as living in a low-income neighborhood, or having a high-stress, low control job, is often linked to a wide range of health problems, and higher mortality. Groups with a lower SES are often faced with health issues such as low birth weight, hypertension, arthritis, cardiovascular disease, diabetes, and cancer. 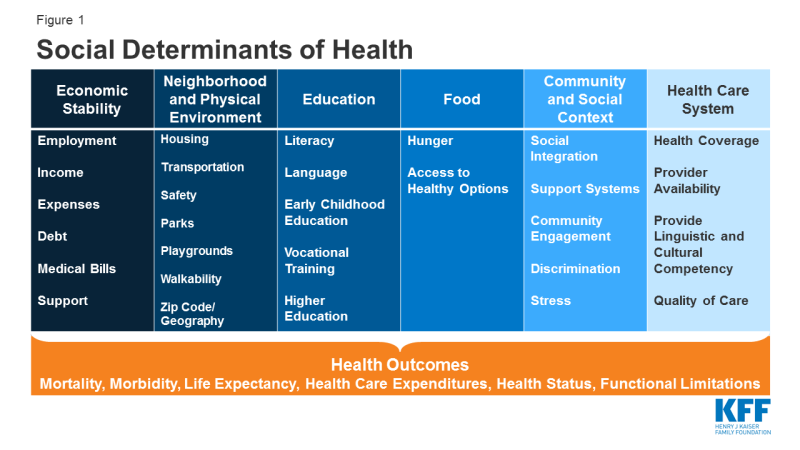 Why Do Health Care Disparities in the United States Matter?

Unfortunately, health and health care disparities in the United States affect everyone. Because of these disparities, everyone faces additional costs. They also limit any improvements in the quality of care and health for the population as a whole.

As the population becomes more diverse, addressing health care disparities in the United States will become even more important.

We can’t deny the fact that socio-economic status plays a large role in both health and longevity in the United States. People with more education, a higher income, and better jobs are less likely to die of diabetes, heart disease, strokes, and many types of cancer. Upper-middle-class Americans tend to live longer than middle-class Americans, who in turn live longer than those at the bottom. And the gaps seem to be widening.

Improvements in medicine and disease prevention have increased life expectancy in the United States, but only people with education, good jobs, money, and connections are able to enjoy these benefits. They are better equipped to change their behavior, access new information early, and get access to the latest treatments. They also have their costs covered by insurance.

Chronic disease risk factors are also less common among the better educated. While the prevalence of smoking has decreased in the better educated, the same is not true for the less educated. Among high-school dropouts, physical inactivity is also more than twice as common as among college graduates. Similarly, low-income women are more likely to be overweight.

Some researchers believe that the stress involved in low-control, high-demand jobs are more harmful than the stress of professional jobs which come with more control and autonomy. Job insecurity, lack of job support, and the inability to find work/life balance can also impact health.

Health Care Disparities in the United States Exacerbated by COVID-19

No one likes to think that communities of color are part of a lower socio-economic standing. Sadly, the numbers show that minority populations tend to earn less, have less access to education, and make up the “essential workers” group – including public transit employees, custodial staff, retail grocery workers, and health care workers. 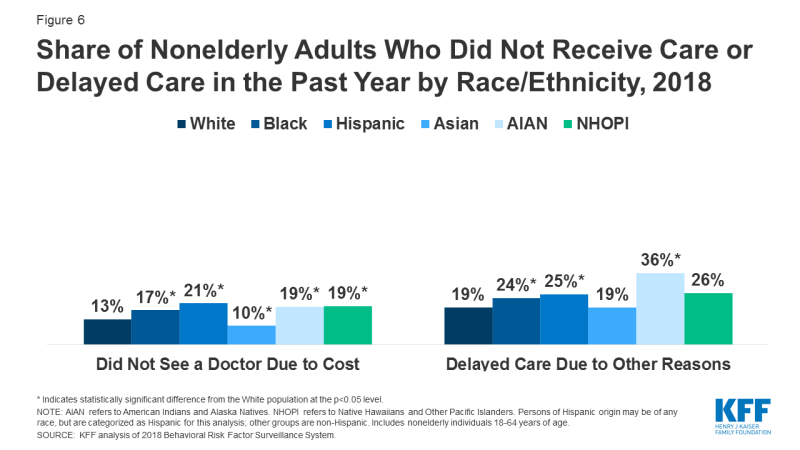 The COVID-19 pandemic has confirmed existing disparities within urban centers across the United States. Communities of color have been especially affected by the virus, and deaths due to COVID-19 are higher among African Americans than the population overall. Three quarters of all COVID-19 deaths in Milwaukee, WI, have been African American, as were all but three of the deaths in St Louis, MO.

Pre-existing health and racial inequalities which were already present in the US are being exacerbated by the pandemic. According to Sharrelle Barber of the Drexel University Dornsife School of Public Health, “Black communities, Latino communities, immigrant communities, Native American communities—we’re going to bear the disproportionate brunt of the reckless actions of a government that did not take the proper precautions to mitigate the spread of this disease. And that’s going to be overlaid on top of the existing racial inequalities.”

Existing structural factors often prevent these minority communities from effectively practicing social distancing. Combined with the fact that they make up a good portion of ‘essential workers’, and it becomes clear why COVID-19 has had an unbalanced impact. According to Barber, “These front-line workers, disproportionately black and brown, then are typically a part of residentially segregated communities. They don’t have that privilege of quote unquote ‘staying at home’, connecting those individuals to the communities they are likely to be a part of because of this legacy of residential segregation, or structural racism in our major cities and most cities in the United States.” 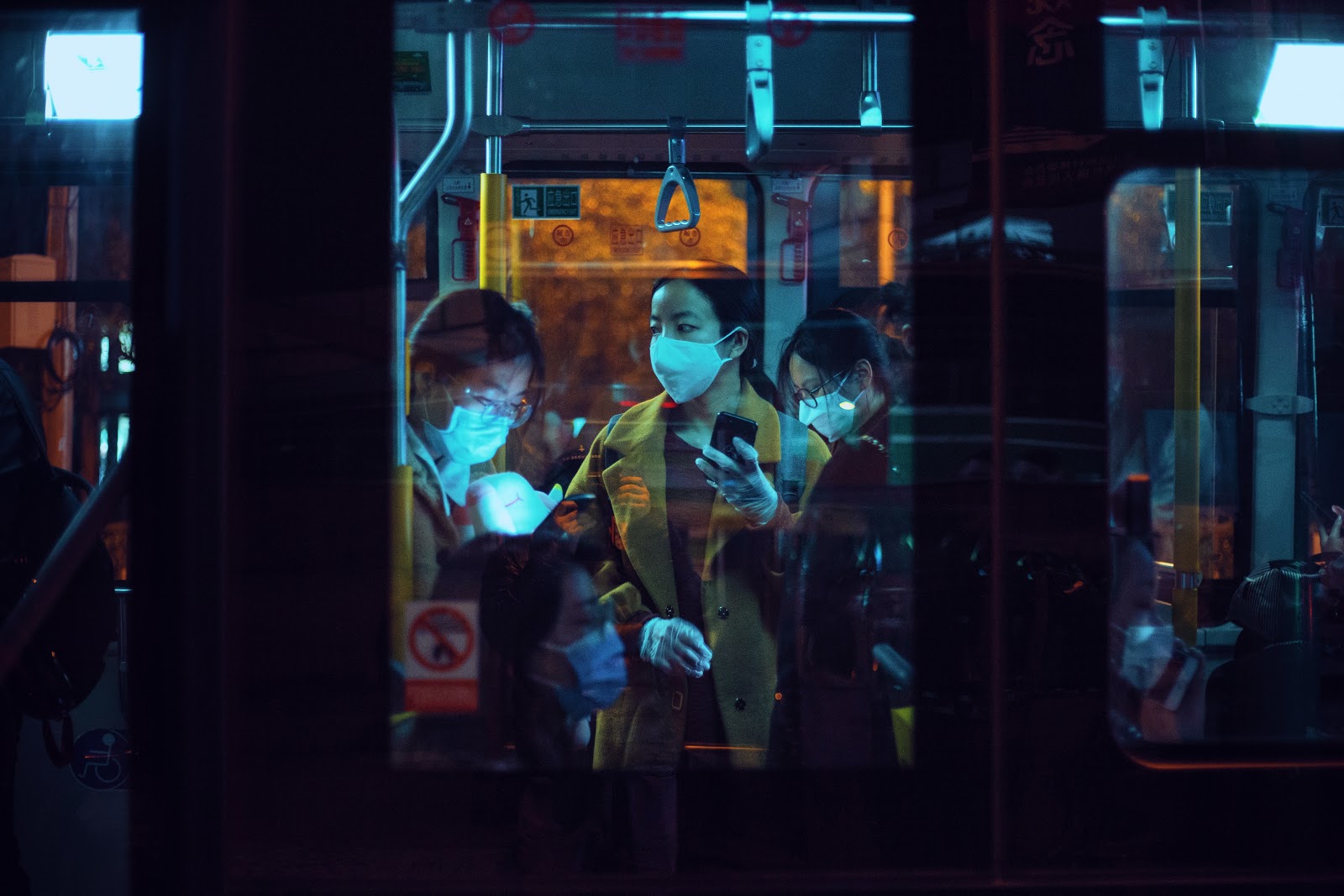 People who live in rural areas of the US were already facing the negative consequences of health disparities before the pandemic. HIV incidence and infant and maternal mortality rates are higher among African American communities. Undocumented Latino communities employed in rural industries often have no insurance. Poor white communities seem to have been the hardest hit by the opioid-crisis, while high rates of non-communicable diseases in rural areas are driven by conditions such as obesity.

As COVID-19 mortality is higher among those with underlying conditions, these communities have been hit hard.

Millions of the poorest and sickest Americans have been left without access to health care, as 14 US states have refused to accept the Affordable Care Act Medicaid expansion. The high cost of medical care, and the high proportion of uninsured people has left many local and regional hospitals in danger of closing.

Native American populations are especially at risk of complications from COVID-19, due to higher levels of underlying conditions, including diabetes and heart disease. The Indian Health Service (IHS) provides direct point of care health care for the 2 to 6 million Native Americans currently living on tribal reservations, as part of treaty obligations the US government owes to tribal groups. Unfortunately, the IHS’s ability to respond to the pandemic may be limited.

According to Kevin Allis, Chief Executive Officer of the largest Native American advocacy organisation, the National Congress of American Indians, the IHS has only 1257 hospital beds and 36 intensive care units. There are currently 985 confirmed cases of COVID-19 on tribal reservations. The largest reservation, the Navajo Nation has 536 cases alone. Additionally, many of those covered by the IHS are hours away from the nearest facility.

So, What’s the Solution?

Unfortunately, there are no obvious solutions to health care disparities in the United States.

The healthcare industry is plagued by systemic access and quality problems, and many groups have faced historic denial of care. To eliminate disparities, these problems must be addressed. This might mean a total transformation of health care. Rather than focussing solely on eliminating disparities, we should focus on improving the quality of care delivered to individual patients.