The continued impact of COVID-19 has further amplified the hot-button issue of access to high-quality, affordable healthcare across the nation. Among the many factors in play creating barriers surrounding access to care, the restrictive approach to licensing for healthcare workers in the U.S. complicates an already stressed system and results in negative consequences for both healthcare providers and consumers alike.

U.S. healthcare licensing reform is urgently needed to improve access, ensure quality of care and control costs across the board. A streamlined healthcare licensing approach will also serve to provide steps toward sustainability to counteract projected provider shortages and address increased reliance on telemedicine and the expectation for more flexible, patient-centered care.

The good news is, an already functional, foundational roadmap exists within the greater U.S. healthcare system—that of the Department of Veteran Affairs national credentialing model. By adopting a similar national-level approach to healthcare licensing, current burdens would be eliminated and major efficiencies would be created.

As healthcare providers, we cannot continue to sit back and settle for the status quo. Now more than ever, we must step forward and speak out to drive positive change not only for ourselves and our ability to provide care, but also for the betterment of the entire U.S. healthcare system.

The Competing Priorities of Cost, Quality, Access and Choice

To clearly understand where we need to go with healthcare licensing reform, we must first explore the core concepts driving the need for change. That begins with the “Iron Triangle” of healthcare.

First introduced by William Kissick, MD, PhD, MPH in his cornerstone 1994 book, Medicine’s Dilemmas: Infinite Need Versus Finite Resources, the Iron Triangle concept calls out the three key competing priorities of healthcare delivery—cost, quality and access. Kissick aptly chose to describe those three priorities as iron to illustrate how hard it is to achieve a low-cost, high-quality healthcare system with broad access for all.

The triangular dilemma ripples out quickly, in that typically, if quality increases, then cost also increases, further limiting access.

In the years following the book’s release, up to the present day, many experts have also contended that the addition of a fourth priority is needed—the element of choice.

Modern trends in healthcare have become increasingly focused toward choice and the concept of patient-centered care, which cannot be overlooked when mapping out the core competing priorities of healthcare delivery in the modern world. But even while that addition morphs the shape away from a triangle, keeping all four competing priorities top of mind helps maintain a clear focus to stay centered on how current healthcare licensing plays into each . Despite 27 years of evolution since its introduction, Kissick’s Iron Triangle premise—plus the addition of choice and the push toward patient-centered care—directly apply to the current healthcare licensing limitations in place in the U.S.

And another pervasive factor directly related to cost, quality, access and choice is also driving the need for a swift change in the way licensing is handled in the U.S. healthcare system—current and looming healthcare provider shortages. 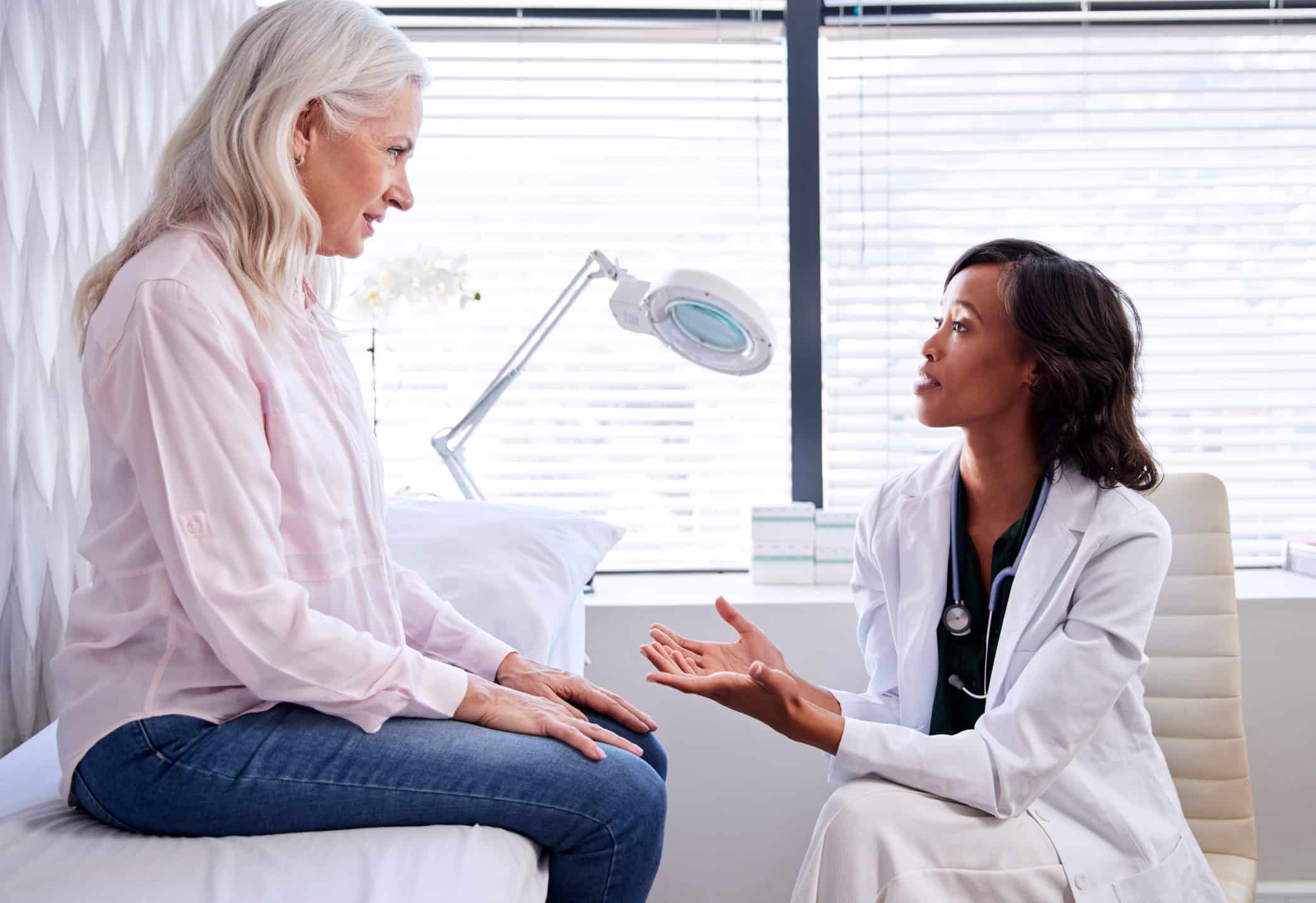 Major Provider Shortages on the Horizon

While issues surrounding equality in healthcare and access to it stem from many different sources, one notable contributing factor that is only projected to get worse is an increasing shortage of healthcare providers.

The Association of American Medical Colleges (AAMC) recently published research projecting a shortfall of up to 139,000 physicians by 2033. That shortfall includes both primary care doctors as well as specialists. Primary factors in provider drop-off include an increased number of retiring physicians along with the surging number of older patients who are living longer and requiring more care.

To complicate an already alarming situation, the study’s projections only take into account the provider shortage based on existing access to healthcare. So, if healthcare became more equitable across the country and more people had access to care, an even higher demand for physicians of all kinds would exist—so much so that demand could rise and create a shortage of an additional 145,000 physicians—totaling an overall shortage of 284,500 providers.

While not the sole consideration to address and face this projected shortfall head-on, opening up to a new, better approach to healthcare licensing plays a critical role in allowing providers easier access to practice across state lines and serve beyond their specific geography to help close an otherwise ever-expanding gap—especially with the boom in and demand for telemedicine of all types.

Under current healthcare provider licensing regulations in the U.S., once a provider has successfully graduated from their required education and gotten their MD, DO or other designation, they subsequently need to go through a licensing process in the state in which they will practice, whether for a clinic, hospital or other setting. Licensing fees vary substantially state over state—from $35 all the way up to $1,425—and typically need to be renewed every other year. And important to note—those fees do not include an additional $731 that is required to be paid by providers every three years to the Drug Enforcement Administration (DEA).

Once licensed in one state, if a provider then wants to practice in a different state, they have to go through the same process, needing to apply for that specific state’s license—complete with additional fees, paperwork and other administrative hurdles.

The cost and time delays associated with state-to-state licensing are undeniable, and the numbers only serve to cement the issues in play.

To be licensed in all 50 states would cost a physician more than $10,000 in renewal fees alone every other year. Currently, only approximately 22% of physicians are licensed in at least two states. And the percentage drops to a staggering 7% who maintain licenses in three or more states—not the number you would expect in today’s modern world of fluid movement and increased reliance on telemedicine.

And it is important to specifically call out, these licensing requirements do indeed apply to telemedicine. Under the current system, in order for a provider to offer care via any form of telemedicine, that provider needs to be licensed in every state the telemedicine could reach.

So, if you are trying to improve access to healthcare and address a provider shortage, the cost, time and headaches that go into needing to get licensed state by state serve as absolutely counterintuitive measures to improving conditions on both the provider side and the healthcare consumer side.

But unlike the current U.S. system, other options successfully in use both domestically and abroad license health professionals at a national level. As a collective, we must continue to push and speed the path to a similar approach. 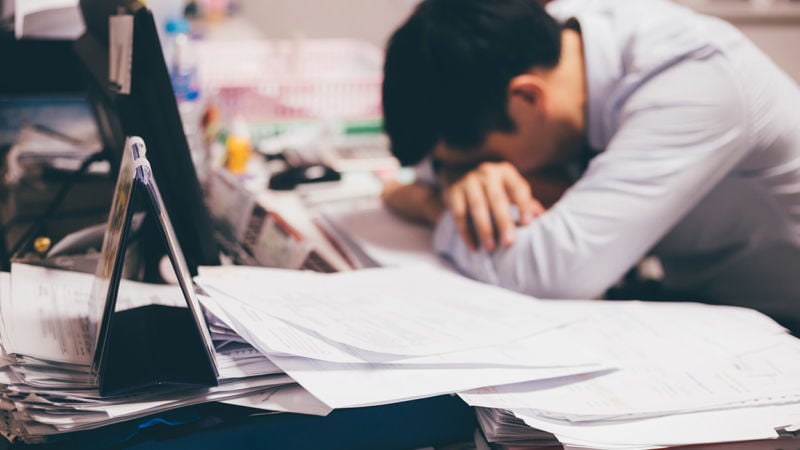 The Department of Veteran Affairs—commonly known as the VA—is responsible for providing healthcare to more than nine million veterans across the nation. The VA’s model for licensing (what they refer to as credentialing) is markedly different than the standard U.S. model and solves for both access and provider shortage issues.

In its simplest form, the VA vets and licenses providers one time, and from there, those credentials work for all their facilities across the nation. No state-to-state licensing requirements apply. If you’re officially licensed with one VA facility in a certain state and are in good standing with them, you’re able to work at any VA facility in any state.

The credentialing process itself is comprehensive in nature and includes obtaining and verifying credentials through primary source verifications, along with assessing a provider’s qualifications to effectively provide healthcare services. Malpractice, licensing and board elements all apply.

To further streamline the process, the VA handles licensing maintenance through a national electronic credentialing system—a system which has proven effective even with increasing demand. Currently, the VA maintains credentials for more than 180,000 active healthcare providers, while also processing the credentialing submissions of on average 100 applicants daily from across the country.

In the VA’s model, nurse practitioners are also given full autonomy to perform all the duties for which they are trained—with the same nationwide approach applied to physicians.

Adopting a similar nationwide approach to healthcare licensing for the entire U.S. healthcare system is the quickest way to remove barriers and improve access to care while creating cost, time and other efficiencies. After all, as healthcare professionals, we are practicing medicine, which applies the same regardless of which state you happen to practice in.

Bottom line—medicine is a constant—it does not vary state over state. We are different than lawyers and other licensed professionals where rules and regulations differ depending on the state you practice in. Therefore, we need to embrace a different, better approach to licensing that helps us break down barriers and provide the best care possible to everyone, regardless of geography.

The VA’s model may not be a blanket one-size-fits all solution, but it does provide a solid foundation and many useful benchmarks for reforming U.S. healthcare licensing regulations sooner than later.

Telemedicine continues to make massive gains in consumer demand and serves as a key area of opportunity for improved, streamlined healthcare licensing in the U.S.

Allowing healthcare providers to offer care across state lines in a virtual environment is a powerful way increase a provider’s reach and help solve both provider shortage and overall access issues.

Telemedicine offers distinct cost and time-saving efficiencies over traditional in-person care while boosting access to patients who are typically underserved—especially those in poor urban areas and rural settings. Telemedicine’s ability to circumvent geographical boundaries is significant—and could be greatly amplified with a nationwide approach to healthcare provider licensing.

If healthcare providers were able to see patients from any part of the country either in person or virtually with only a single license, they would then, and only then, have the opportunity to fully maximize their reach. This alone defines why a nationwide approach to healthcare licensing is an essential next step to effectively combating the many issues ahead.

At Beam, we all feel strongly that we need to band together as the healthcare community to help push this movement forward. Because together, we can move healthcare forward.

And in the meantime, we are equally committed to providing facilities of all sizes and scopes across the nation with leading-edge tele-specialty services.

Make a difference for your community right now and expand your clinical services with help from us, no matter where you happen to be.

Get in touch today. 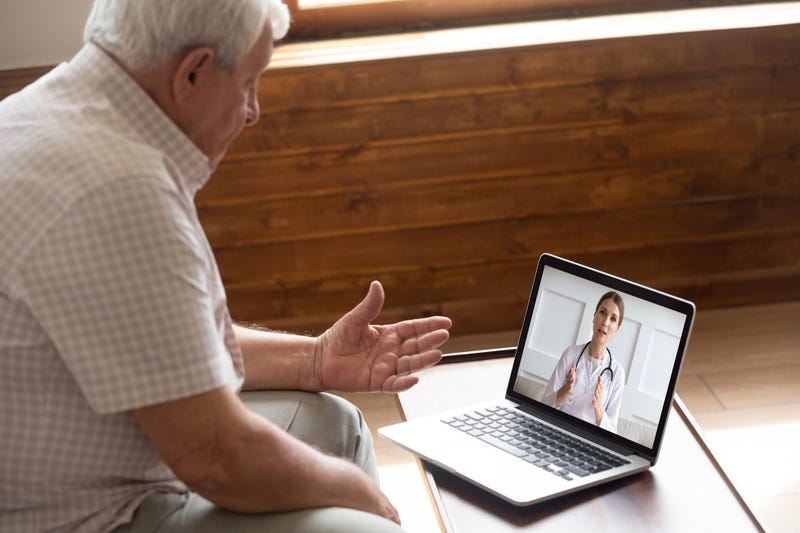 PrevPreviousReduce Delays, Improve Outcomes and Decrease Costs with Cardiology Tele-Interpretation
NextMindfulness Could Be A Saving Grace For Men’s HealthNext