Why Politicians Should Promote Telemedicine and eHealth

2020 has been a bit of a crazy one when it comes to health care. All the normal, day-to-day medical problems seem to have taken a back seat to the juggernaut that is COVID-19. In fact, hospitals have been so full that medical practitioners have had to rely on new ways of seeing their patients. This is where telemedicine and eHealth have changed the game.

Telemedicine and eHealth aren’t a new concept. But, up until now, it’s not really been necessary for the majority of patients. Sure, it may be more convenient, but not everyone is too keen on change. Which is understandable when it comes to health and wellness.

And all the hangups in making telemedicine and eHealth mainstream have only been made worse by the politics around it. It’s been wrapped up in bureaucratic red tape, both at the state and federal levels, for decades.

Enter COVID-19 and the world is suddenly singing a different tune. Telemedicine and eHealth are no longer simply a nice perk to have – they are necessary for the functioning of hospitals and healthcare systems. So why are politicians still dragging their heels?

Here’s a look at why all political parties, no matter their creed, should be advocating for telemedicine and eHealth

Why are Telemedicine and eHealth a Good Idea?

What’s your least favorite part of going to see your doctor? Apart from being sick, of course. Do you hate the waiting times? Being in a room full of other people, sniffing and coughing? Taking time off of work and not knowing when you’ll be done with your appointment?

Well, with telemedicine and eHealth, all the ‘annoying’ parts of seeing your doctor are a thing of the past. Think about it, you have access to all the help you need from the comfort of your sofa.

Medical professionals use telemedicine and eHealth platforms, like Beam Healthcare, to facilitate video consultations with you. In these calls, they can see you, discuss your symptoms, and arrange for any further tests, if necessary. They can also send scripts to you, or directly to your pharmacist, so you can have your medication delivered.

It’s Not Just About Convenience

It’s true, telemedicine and eHealth make life a lot easier! But it’s not just about that. It makes life  safer, too. While it’s important to speak to your doctor about any and all health concerns, you don’t always need to speak with them in person. So, why would you go to their offices and risk potential infection if you don’t have to?

If you look at it purely from a 2020 perspective, those patients who need routine consultations for chronic care, or have easily diagnosable illnesses, won’t have to put themselves at risk. And, if you think you may have the virus, you can call your doctor and check for when the best time is to go for a test, so you won’t put others at risk.

Telemedicine and eHealth are also great for those who live far away from their doctors, particularly in rural areas. They don’t have to drive for hours for a quick chat or checkup.

This is why it’s so important for politicians to get on board and support the boom of telemedicine and eHealth. When they start removing the barriers, more people will have access to quality, affordable health care, and our nation will start to recover

Where Politics Comes In 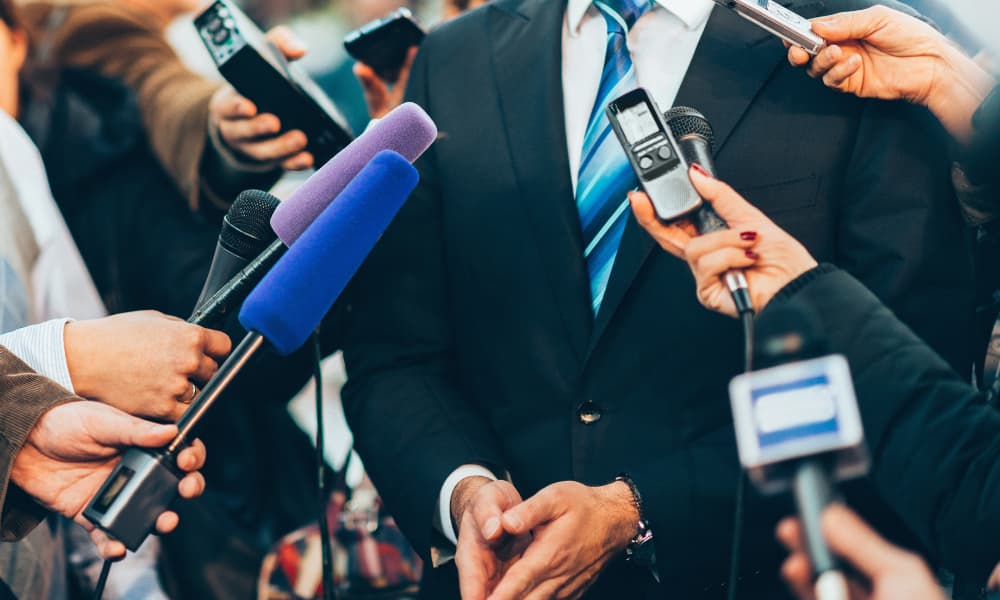 It doesn’t just stop at a federal level, either. 48 of the states have temporarily reduced some or all of their licensing requirements for out-of-state doctors. Thus, removing restrictions on telemedicine and eHealth.

This has all been a major win for American healthcare.

There’s no denying that politics and political stance have a massive impact on the healthcare system. Some Republicans, particularly in remote areas, prefer not to have the government dictate affairs of healthcare. Whereas some Democrats in the same remote areas prefer a more involved government. Those in the middle simply want proper health care in general.

Political divisiveness has the potential to become even more polarized with the results of the 2020 election. This is largely due to the fact that, whichever party wins, the public health policy will be driven by that party’s stance. It will also influence which policies get the most limelight in the years to come.

While the results of the election are uncertain at this point, what is certain is that people listen to their leaders. This is why leaders should start taking a stand regarding access to healthcare, particularly when it comes to the cost.

Things Are Heading In The Right Direction

With the American health system receiving such an influx of patients, it only makes sense to ease their burden, while promoting savings and quality care. And lawmakers are starting to see these benefits. Both versions of the new telemedicine and eHealth bill are widely supported by a bipartisan group. The Senate bill has six co-sponsors and the House version has 21, each including Democrats and Republicans from all corners of the U.S.

This group understands that the true nature of this telemedicine and eHealth legislation is not about controlling public health. It is a way to help ease healthcare costs, while also giving medical practitioners the power to more efficiently and effectively treat their patients

Speak Up for Your Rights

Ultimately, governments, both state and federal, are elected by you. So, if telemedicine and eHealth are something you believe in, make sure your voice is heard.

Beam Healthcare is here to support practitioners and patients through this unprecedented time in healthcare service provision. With us by your side, you’ll be able to offer fast, reliable telemedicine and eHealth services – all on an easy-to-use platform.

Get in touch and discover how we can help you!

PrevPreviousA Doctor, His Dog, and the Ice Age Trail
NextCOVID Surge is NOT a Business Model for Beam HealthcareNext